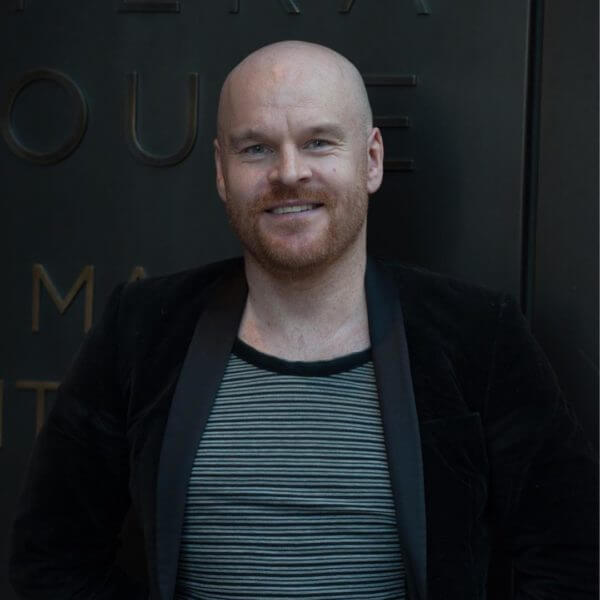 As part of our Positive Planner Instagram series Movember Mondays this November, Finn joined LGBTQ/HIV writer and activist Philip Baldwin to talk about how coming out as gay and later being diagnosed with HIV has impacted his mental health. He also gave us hugely interesting insight into the challenges of mental health within the LGBTQ community and how struggles with mental health are staggeringly disproportionate there. If you missed the chat, you can catch it here on our IGTV.

We're thrilled that Philip has joined our Movember Guest Blogger series. Here he talks in more detail about his diagnosis, how he learned to love again, and be loved and the impact the global pandemic and lockdown of 2020 have had on the LGBTQ community. 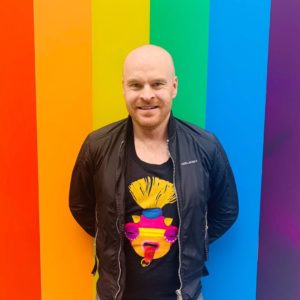 How I learned to love again, and be loved

It was late February 2011. Snow was still piled several metres high in Manhattan’s parking lots. And I was in love. Daniel and I met at the launch of a boutique in Chelsea. He was in his early forties, six-foot tall and had brown hair and brown eyes.

I was instantly attracted to him. He struck up a conversation with me by the bar. He said that he was addicted to Downton Abbey and loved my accent.

Daniel and I both revealed we were HIV positive within the first few minutes of chatting. It was 13 months earlier that I had been diagnosed with HIV. Daniel had known that he was HIV positive for about four years.

It had been difficult for him to come to terms with HIV. His sister had not reacted well to the news. He had to pay an extra $300 per month health insurance. But he was now comfortable with his status. Daniel worked as an interior designer and lived in Greenwich Village, about eight blocks from where I was living, which was south of Union Square, just off Broadway.

This was the first time that I had dated someone since my HIV diagnosis. I felt very comfortable with Daniel. He knew how painful an HIV diagnosis could be. These were experiences which Daniel and I shared. Through him I would learn how to love again, and be loved.

Although I was unaware at the time, my relationship with Daniel was a turning point in terms of my mental health. My HIV diagnosis had come as a complete shock. I had finished university the previous summer and started working at a law firm in August. Five months later, in January 2010, I found out over my lunch break that I had HIV. I was 24 years old.

It seemed like everything I had worked so hard for had been taken away in a second. I didn't know much about HIV. I had tried to play safe, but must have made a mistake. What had I done – not just to myself, but my friends and my parents? How was I ever going to tell them? I had no plan and it seemed like I had very few places to turn. My mind raced with emotions – shame, guilt, grief and anxiety. An uncontrollable plunging fear tore through my body, making me sick.

My HIV diagnosis and my mental health

2010 was the hardest year for me in terms of my mental health. At my first appointment with the HIV specialist, about a week after my diagnosis, most of the information went over my head. I did reach out to friends and one of them even came with me to a medical appointment, but none of them were HIV positive.

Meanwhile, I was going into work as normal – I was petrified of telling my employer about my diagnosis and how they would react. One day I broke down in an empty office, lay under a desk and cried.

It was during 2010, on three occasions, that I seriously contemplated taking my own life. I always pulled back at the last minute, concerned about the impact my death would have on my parents and realising this was not what I wanted.

A turning point and acceptance

My relationship with Daniel marked the end of my anxiety and depression. I was only in New York on a six-month secondment from my employer's London office and although the relationship ran its course, the healing effect lasted. A lot of my confidence returned. I wouldn't say that I was fully back to my old self, but I was often happy and looking to the future.

It took another year for me to gain full acceptance surrounding my HIV diagnosis. This culminated in me telling my employer and my parents about my HIV diagnosis at the end of 2012. The acceptance of my peers and parents was incredibly affirming.

Ultimately, I have grown as a consequence of my HIV diagnosis and mental health struggles and become the writer and activist I am today.

The Coronavirus pandemic and the LGBTQ and HIV community

The Coronavirus pandemic has taken a huge toll on many people's mental health and people living with HIV are no exception. A study by Positively UK, from July 2020, indicated that mental health issues continue to escalate for this community. The report showed that 52 percent of people living with HIV are now experiencing anxiety and depression. Loneliness, unemployment and uncertainty loom large over people's lives.

Studies suggest LGBTQ people are twice as likely to suffer from mental health issues. Again, the Coronavirus pandemic has compounded this. For example, the LGBT Foundation has seen calls to their helpline more than double since mid-March.

Reach out for support

Despite the Coronavirus pandemic, I have remained comparatively upbeat throughout 2020. I haven’t had any problems accessing HIV medication and furthermore have been able to participate in a number of HIV support groups.

I cannot over-emphasise the importance of reaching out if you need support with your mental health. When people ask me my biggest regret regarding the mental health challenges I faced in 2010, it was that I didn’t speak to HIV and mental health charities earlier.

UK helplines I found useful include:

You can also find a selection of LGBTQ+ helplines and organisations on our Mental Health Links page here.